From E.coli to Avian's, design is everywhere

The e.coli bacteria, its motor and one made by man. Each represent the application of intelligence acting on matter. Such requires planning and the probability of accidents the mother of invention ridiculous... 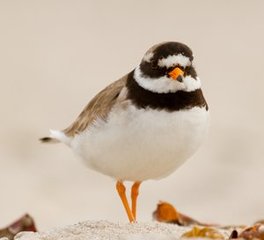 'Home Alone' Bird from Alaska
Hey Dad, wait for me!!"  The young of the Golden Plover are left in Alaska by their parents, who start out on a leisurely 88 hour 2500 mile trip home to Hawaii!  Most remarkably; "the young plovers, which are only about two months old arrive [in Hawaii] about two weeks after the adults".1  So how do they "know" their way to the new "snow bird" destination?  By instinct.  Instincts come into play in many animals and remain unexplained in science.  These characteristics point to a Creator who designed such capability into the Animal Kingdom as desired.  If accidents were involved none of the young would find their way and perish in the expanses of the Pacific Ocean, and the Plover species would die off in one generation.

Blackpoll Warbler - the little bird with a marathon attitude!
Blackpoll Warbler migration route, the Atlantic hop is accomplished in 100 hours!
This North American avian has figured out an express way of getting to its winter refuge in Venezuela. The bird fattens itself up before taking a ride on a southern trade wind, sailing from the Northeastern U.S. to South America in a hundred hours—entirely over the open ocean. On the way back home against the wind, the bird takes the more Westerly scenic route, stopping to land, rest and refuel.

Ruby Throated Hummingbird - 20 hour Marathon
When the Ruby -Throated Hummingbirds are flying over the waters Gulf of Mexico during migration, there is no place to land to sleep, so they must keep on going.  It's amazing to think that these little tiny guys would travel over 450 miles of water, sometimes with a 20 mph headwind for over 20 hours of travel time. Gorging the days before the trip, they go into hibernation the night prior to conserve energy for this marathon to their favorite breeding grounds.  Love drives them on! http://www.worldofhummingbirds.com/migration.php 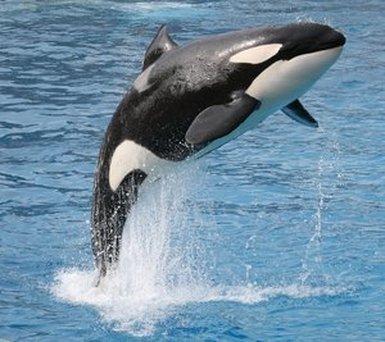 Worlds most sophisticated Sonar/Communications system is in that nose!
Marine Mammals - Evolution's big problem (with sonar and teeth)
The Killer whale in action, an intelligent creature for sure! Beauty in form and striking in color - an accident of mutations?  In truth, while attacking in low light or in the depths, these markings aid the whales in identification of friend or foe, and the eye patch directs adversaries away from their eyes in a fight.  Stunning!

Sonar Equipment - Toothed Whales Transmission and echo reception of the Killer Whale.  The forehead melon on these creatures in designed act to beam and focus transmissions. Current research suggests it may also function as an angular director.  Operating frequencies are 10-80 Khz (10,000-80,000 Hz), varied by the whale to achieve optimum range and target discrimination - even allowing identification of specific species of fish!  Most basic ship depth and fish locators operate at 50Khz, invented by Reginald Aubrey Fessenden. (1)  He went on to invent the sonar for the the WWI war effort, which was used to detect U boats, a major advantage for our side.  All these systems operated at 50Khz, a "channel" Killer Whales had been using for a very long time. The lower jaw bone acts as the receive antenna for the sonar band. This connects to a complex nerve bio-apparatus, the Audio Bulla.  The Receive range is from .25 - 125 Khz (125,000 hz). Whales also have ears for communication receptors.  Man-made sonar's are unable to vary in frequency due to fixed sonar puck resonance.  Killers may vary the frequency and the "ping" interval for better target definition within large schools of multiple species of salmon.  (Chinook Salmon seem to be a favorite for dinner).  Ping duration may be a mere 1ms (millisecond = 1/1000 Second).   Killer whale communications are complex and individualized.  Pods (groups of killer whales) have been found to have unique dialects.  A researcher recently stated  "The more information we obtain on their ability to manipulate the beam," Houser said, "the more complicated the story becomes." (2)

So in these beautiful and powerful creatures we have a package of advanced marine-ready sensory systems.  The integration and operational capabilities of these animals match our best Submarines, another proof positive of Intelligence acting on Matter with a Plan! 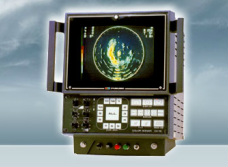 A scanning color sonar display/control unit.  This sonar comes in 66, 88 or 150 Khz versions. The author installed a unit like this in Alaska in the 1980's on the F/V Osprey with great success.  It is limited compared to the sonar found in toothed whales, as it has no two-way communications nor instantaneous frequency shift or pulse-width capabilities.  Whales may simultaneously sonar scan, depth find and communicate with each other. 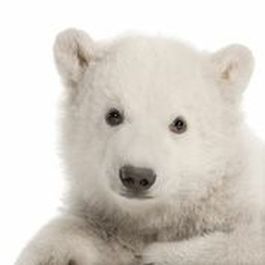 I have webbing between my toes, does that count?
Marine Mammal Evolution?  Use your Imagination!
One evolution story for marine mammals claim some type of bear stayed in the water to long, lost it's fur,  it's nostrils migrated to the top of its head (and became a single one) over millions of years of evolutionary magic!  Where the dorsal fin came from is left to your imagination.  Even Darwin promoted this idea - creative, but no basis in science. Whales also have special eyes that see well on the surface, and specialized eye chemistry slave that secretes at just the right times while swimming.  Consider the whales' complex and unique sonar and acoustic systems described here that no land mammal employs.  What a testimony to a Super Intelligence trumping man's best devices and confounding evolution theory... unless your imagination has lost touch with reality. - In "The Origin of Species" by Darwin, he states; "In North America the black bear was seen . . . swimming for hours with widely open mouth, thus catching, like a whale, insects in the water.... I can see no difficulty in a race of bears being rendered, by natural selection, more and more aquatic in their structure and habits, with larger and larger mouths, till a creature was produced as monstrous as a whale."

We must understand that Darwin's view of genetics was completely wrong.  His understanding was that the environment could add information to the genes like you can add information to a computer disk or hard drive.   Such information would then show as a trait in the next generation and natural selection would guide it's success or failure.  This concept was in his mind when he observed nature and wrote Origin.  He also was perplexed in the book about the complexity of the eye.   When modern genetic research disproved his theory, followers devised the mutational theory that proposes that mistakes in DNA/Cell operation causes the changes.  In practice this idea has been falsified but has gained such popularity its difficult to get people to slow down and really look at the mechanisms and processes involved.  Whale evolution video https://vimeo.com/235787390​ Also see The Question of Complexity - Genesis Alive!  for more. 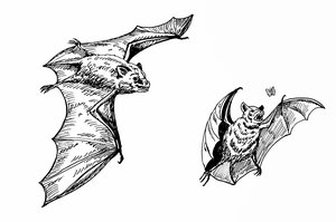 Hey, I was chasing a moth not a Hornet!
New research has uncovered an amazing relationship between Tiger, Hawk Moths and Bats.  It's been found that these moths, the bats fav dinner, can actually sense and then jam a bats radar!  When the moth senses the radar frequency, it fly's evasively and then vibrates a signal that jams the bats radar and mimmic's an insect detestable to the bats taste!  These are referred to as electronic countermeasure's in military lingo! Males and females use different vibration techniques.(1)  Many systems in the Biological world are an image of our most advanced technologies!