Have you been sold a Frog Kiss for Science? 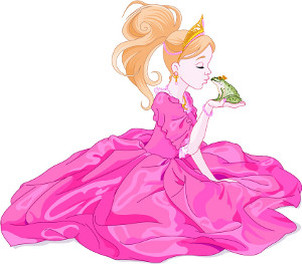 Did you gargle today??
Evolution Falsified - The Princess and the Frog
The Evolution Mechanism Story is the Same - Time did it!
So if a Princess kisses a frog and he turns into a Prince, we call it a fairytale, but if we add 500 million years some call this "science"!

Evolutionists try to explain the unexplainable away with lots of time, attempting to trump known cell mechanisms, reason, and laboratory experiments with the time argument.   So somehow the scientifically unprovable becomes fact with enough time, imagination, drawings and words, like this fairytale!

Gaps in the fossil record contradict evolution.  A Super-Intelligence that made the environment can handle creating a life code that ensures 'Kind' survival across a wide range of variables and climates.  That’s not evolution, that’s good design!  In truth, we see a massive explosion of all life kinds living at the same time, like a constellation, not isolated progression on a single thread, mutating one unto another in the evolution "common decent" notion, which is actually variation of kinds, asking you to take a mental leap from one class to another in the  evolutionary progression from algae to man!

Some Gaps of Kinds to think about - Evolution claims to bridge these gaps through gross mutations and the notion of common descent:
Non-life to life (dead chemicals - single cell marvels)
Cell to Multi-cell
Multi-cell to Invertebrates, (algae to worms)
Algae to Plants, plants to trees/germination/seeds
Invertebrates to Vertebrates (Snails, worms etc. to fish)
Insects? Alone
Water Vertebrates to Land types, (Fish to Reptiles, water to air breathing)
Reptiles to Birds (cold blooded to warm, solid to hollow boned, 1-3 ear type)
Reptiles to Mammals (cold blooded to warm)
Mammals to Bats (add wings and a sonar to a mouse - 'super-mouse'!)
Mammals back to water - Bears to Whales and Marine Mammals
At each of these boundaries evolution would need thousands of mutational mistakes to allow common ancestry to move forward, if evolution is true, and why don't they exist today?1 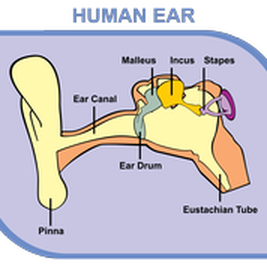 THe miraculous 3-bone hearing system
Case in point – The Reptile to Mammal series – the Ear
Humans (and all mammals)  have a 3-bone ear structure where three tiny bones link in a line between the ear drum and nerve system.  Reptiles on the other hand, have a single bone making the same connection.  An attractive feature designed so we can speak, eat, move and listen all at the same time through these articulated joints.   For evolution to accomplish this feat it would involve concordant DNA code addition of the three tiny bones, the cartilage that holds them in line, auditory nerve changes, muscles, cartilage, jaw structures, blood vessels and the like with no plan, and according to evolution - by thousands of accidentally coordinated mutations over millions of years! 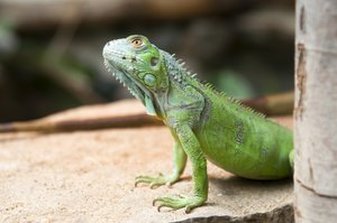 With my single ear bone, I can hear you, long as I don't move!
The reptile single bone ear
Reptile single bone ear - hearing to prey or flee, not for speaking while eating!
A reptile has only one of these bones.  So how could a reptile with single bone ear mutate to a 3-bone ear if Common Descent is true?  And where are all the transitional forms from one to three bone ear types (none of which have been found), and how could they still hear while mutating from reptiles to mammals for millions of years?  If in transition, how would these deaf mutants survive, mate and eventually, (over millions of years?) have hearing offspring?? All by evolutionary "faith" not fact. 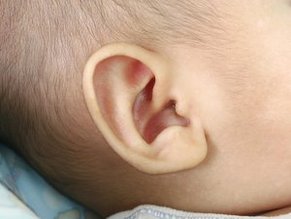 Hearing is important - especially for Girls!
The Organ of Corti (1) And this is only one portion of anatomy to get from a reptile to a mouse!  Ears and hearing in mammals are extremely complex organs, being very sensitive and complicated.  In addition, mammals have a Corti organ, with over 7500 moving parts.  Evolution tell us this evolved over vast amounts of time, so slowly you couldn't see it happening, they claim!  Amazingly, the sounds that energize the hearing nerves process through 4 centers before they reach your brain.  These centers are the equivalent to server channels on the world-wide net. A book could be filled explaining the hearing process and its complexity.  In addition, signals are converted and "coded" as they move through these centers. Saying "time did it" is an oversimplification of the order comparing a lego set to a the Empire State Building.  The ear, another falsification of evolutions time, accidents and chance. 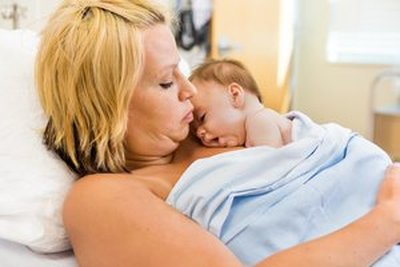 Another perfectly successful operation of the Foramen Ovale!
life-support transfer at birth - Your miracle of life
The Foramen Ovale1 closes once in your lifetime.
This physiological event occurs at the point of delivery of every newborn child.  As a baby depends upon it's mother for life sustaining connections while in the womb, a transfer of the breathing, blood circulation and other life-sustaining systems must take place in a matter of seconds after birth. This interdependent and very complex sequence must also take place in order.  For the blood circulation system alone, It involves a specific sequence if critical pressure differentials and a single valve in the heart, the Foramen Ovale, only used once in your lifetime for this purpose.  If any portion of the pressure sequence fails to operate in order the heart will fail.   If mindless evolution in its accident and chance probabilities were involved in this process, would not all the first offspring die, so how could such a complex device and  sequence of events ever complete its first trail and error?


One would not be incorrect to call this amazing sequence as "the miracle of birth", another falsification of evolutionary theory that says "time did it".  Would you trust evolutions "Time God" with your heart?

To Summarize, these complex organs and anatomies cannot be explained by evolution changes crossing gaps in the biological world by accident and chance, would you leave the operation of your heart to chance?

World-famous chemist tells the truth: there’s no scientist alive today who understands macroevolution;
Professor James M. Tour is currently a Professor of Chemistry, Computer Science, and Professor of Mechanical Engineering and Materials Science at Rice University. He has authored or co-authored 489 scientific publications and his name is on 36 patents to date (2015).

Tour, along with over 700 other scientists, took the courageous step back in 2001 of signing the Discovery Institute’s “A Scientific Dissent from Darwinism”, which read: “We are skeptical of claims for the ability of random mutation and natural selection to account for the complexity of life. Careful examination of the evidence for Darwinian theory should be encouraged.”
I simply do not understand, chemically, how macroevolution could have happened. I will tell you as a scientist and a synthetic chemist: if anybody should be able to understand evolution, it is me, because I make molecules for a living".

"Let me tell you what goes on in the back rooms of science – with National Academy members, with Nobel Prize winners. I have sat with them, and when I get them alone, not in public – because it’s a scary thing, if you say what I just said – I say, “Do you understand all of this, where all of this came from, and how this happens?” Every time that I have sat with people who are synthetic chemists, who understand this, they go “Uh-uh. Nope.” (1,2)