The early naturalists found evidence that the entire planet enjoyed a climate of "spring like" loveliness. There were no polar ice caps and redwood trees, reptiles and fern existed near both poles. 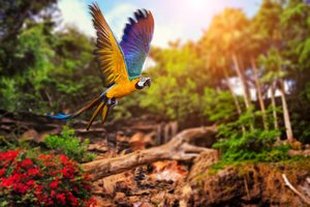 First Earth, a marvelous menagerie of life and Flora!
The First Earth
What was the First World like?
So we have this image of a temperate, lush planet with much more livable space than today.  Tropical forests and fruit have been found in what is now Siberia, redwood trees 10ft in diameter and prolific ferns in Antarctica and near the North Pole!  The first world was an entirely different place than now, and God himself declared it Very Good!  (Genesis 1:31).  So what was it like then, and what happened that changed it all? Genesis also tells us the food system for man and animals was entirely vegetarian, because God wanted nothing to do with bloodshed. There was little fear of man in the wild animal groups as wonder and harmony filled the earth.  It was all a masterpiece of God's handiwork!
As mentioned, redwoods are found near both poles, (see below image) some of very large diameter as well as a plethora of tropical flora and fauna.  The Bible teaches that the earth was watered using a system of underground aquifers and spring-sourced rivers.  A morning and evening dew "that watered the surface of the entire earth" eliminated the need for rain, and storms were likely less severe.

To quote from recent research of this evidence found near the North Pole:
"Axel Heiberg Island, at 82 degrees north and just a stone's throw from the North Pole [are] lush redwood forests, ferns, flowering plants, and a huge variety of animals, now extinct, once thrived here. 'I've always been enraptured with the idea that the Earth can change so dramatically,' said Jahren. "The Earth today is very different compared to how it was, much of northern Siberia and Alaska were covered in temperate forests with redwood-like trees called Metasequoias, similar to those now seen in Northern California.  The trees were between 100-130ft tall and densely packed, providing a canopy for a plethora of ferns and flowers," said Jahren.

The largest tree found had a diameter of three meters (about ten feet). What remains of these ancient redwoods today is "rather extraordinary."  It should be noted the environment was similar at the South Pole as well. Another key finding was the presence of a rare isotope of Oxygen Ox16, which indicates that the soil was watered not from rainfall but from aquifer based sources, exactly as the Bible describes in Genesis. Research focused on the roots of these trees determined through isotope makeup suggests that they never saw an outside temperature <55 F.

The researchers' analysis of the oxygen content of the wood also revealed "a bizarre absence of oxygen-18, the heavy isotope," said Jahren. Water contains both oxygen 16—the more common and lighter isotope—and the more rare oxygen 18. The analysis suggests that the water contained almost exclusively oxygen 16.  "One way to get water with these characteristics is for that water to have traveled large distances over land; the heavier oxygen is preferentially removed as it rains."
(1)  http://news.nationalgeographic.com/news/2002/03/0326_020326_TVredwoods.html  (edited for space)

As we can see here, this is an honest researcher who is perplexed by the evidence at hand.  It doesn't match the traditional model of an old-earth with evolution and long ages as its center piece.  But why was this water so pure and perfect for flora and fauna where temperatures are now dip below minus <50F in winter?  If the water came from underground aquifers and it never rained, the Ox18 mystery is solved.

The Biblical Model explains it - a "Very Good" earth suggests you could live most places in your shorts and tee-shirt, play in the warm water, enjoy oxygen rich air, and have a cool drink any time from the streams that spring from the massive underground aquifers that cycle, clean, and enrich the waters. (These were most likely pumped by lunar flexing of the earth's crust each 6 hours, centered across the equator.) No worries about sudden storms or drops in temperature, one can live just about anywhere and enjoy the mild climate. Think of the most beautiful vacation spot on earth now, the first earth would make it look a parking lot. The animals were not aggressive and food abounded.  There was little disease and sickness - people lived for hundreds of years!  We know from fossil study the atmosphere was oxygen-rich and the ocean water very different.  Analysis of Nautaloid's and other Mega-shell fossils support this concept.  The atmosphere was likely hyperbolic, supporting much larger life forms than today.  For instance, large insects with tiny breathing holes have been found which would be oxygen-starved in today's atmosphere.  The Bible also teaches that people lived hundreds of years, 969 years in the case of Methuselah, and over 600 for Noah! 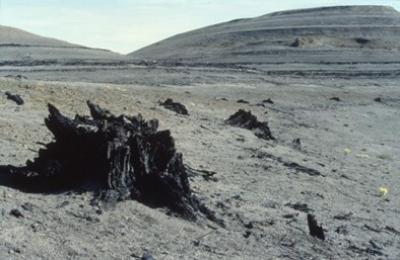 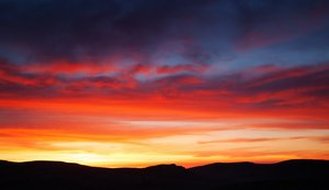 One could enjoy a sunny day and a beautiful sunrise and sunset, as the moist evening air would create stunning splashes of unparalleled soothing pink light!  At the higher latitudes you could travel and enjoy a cooler summer retreat and observe the wildlife and scenery.  Oceans would be calm enough to sail small craft thousands of miles by wind and current power along stunningly beautiful coasts into inlets lined with hills where you could view the thriving wildlife.  Words fail to describe what God calls "Very Good" in that first pristine and unpolluted world.  I hope you get the idea - we can only guess what it was like.  It was God's most perfect gift to Mankind, but He didn't stop there.  He gave people love and marriage, the greatest and most important gift of all! Such a place for two people in love to share!

Paul said in 2 Corinthians 12; “I was caught up into Paradise and heard things too sacred to be put into words, things that a person is not permitted to speak”.

Ezekiel saw another place, where in the new earth a river flows from the new temple in Jerusalem. "I saw a great number of trees on each side of the river. This water flows toward the eastern region and goes down into the Arabah, where it enters the Dead Sea. When it empties into the sea, the salty water there becomes fresh. Swarms of living creatures will live wherever the river flows. There will be large numbers of fish, because this water flows there and makes the salt water fresh; so where the river flows everything will live. Fishermen will stand along the shore; from En Gedi to En Eglaim there will be places for spreading nets. The fish will be of many kinds—like the fish of the Mediterranean Sea. Fruit trees of all kinds will grow on both banks of the river. Their leaves will not wither, nor will their fruit fail. Every month they will bear fruit, because the water from the sanctuary flows to them. Their fruit will serve for food and their leaves for healing.”

We must understand that the world we live in today is a post-flood world; and it's most magnificent beauty is only a poor image of what God created in the beginning.  A true statement is this: The entire visible universe was made ultimately for people to live in, enjoy, and to give glory to God.  We should never take any of it for granted, as they did in the days before The Flood.  It was all about to end.  Man's rebellion and defiance had pushed God too far, so God spoke to Noah and revealed what was about to happen.

We know the rest of the story as documented in the Bible, it started - The Fountains of the Great Deep Burst Forth!
(Genesis 7:11) 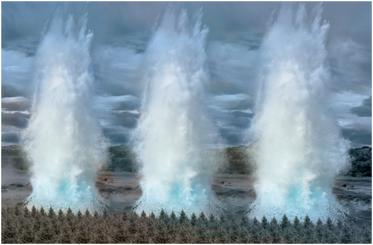 At the Beginning of the Flood the Bible says the first event was not rain, but then the "Fountains of the Great Deep Burst Forth" (Gen. 7:11).  This means the massive aquifer system that everyone took for granted shattered and blew into the atmosphere.  When you look at the mid-ocean rifts and the underwater parallel surge lines of lava, it's smoking gun evidence of a rapid separation of the crusts and folding of the continents.  New deep well exploration around the Himalayas and in Russia have hit deep aquifers of water, shocking the geological world.  This water plane would have allowed the continents to slide away from the separation points, (now mid-ocean rifts), causing this world-wide calamity.  This hyper-speed release of water into the earth's atmosphere must have destroyed part of our atmosphere that maintained a protective greenhouse effect and hyperbolic atmosphere on the first earth.

It was all coming unraveled. The series of earthquakes, tsunamis, ash falls, and polar temperature drops induced unimaginable calamity on the entire surface of the earth.  The human population could not escape.  They had ignored and mocked God and it was too late to repent... does that sound like today? With the aquifer water system now shattered and climate changed, a new order and cooler climate came into play. 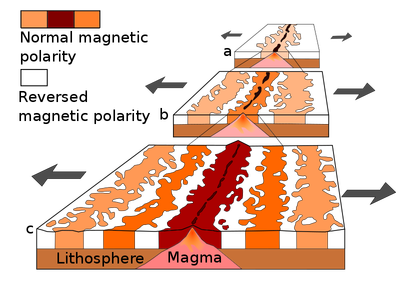 God understood protein would be vital for human survival as all the soils of earth were now redistributed, so meat was a more important part of man's diet.  This provided for a more rapid re-habitation of what was left of earth, now a far less habitable and cultivatable space, so animal protein would be needed for the first time.  It would take many years before things would approach normalcy on the planet again.  The results of the catastrophe played out, and an ice age ensued at the higher latitudes of both poles.   We live today in only a shadow of what God had called "Very Good"!  One day when the Earth is reconstructed we will see what that statement really means.